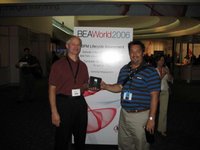 On the last day of BEA World, bdg gave Robert Gill a brand new 4Gb iPod nano (in black of course). Accepting the iPod on his behalf is Robert’s coworker Ed Ulicny.

Mark Carges, who is reponsible for the Business Interaction Division (BID) of BEA, just finished his keynote address. He focused on SOA 360/Workshop 360, which, as I understand it, is just a name for all the BEA technologies including the WebLogic family, Tuxedo and the AquaLogic family.

He started by building a strong case for not turning your SOA applications into their own silos, but instead using ALUI and ALBPM to cross the “whitespace” between siloed applications to bridge people, process and technology into your overall SOA strategy.

He closed with an impressive demo of Builder and Graffiti, two new initiatives coming out of BID (which includes the acquired companies Plumtree, Fuego and Flashline). During the demo (and after recovering from a Firefox crash — eek), Mark showed how you can drag-and-drop data grids (from Siebel), free-form collaborative tools and experts that came from a nice Graffiti tag-cloud driven search. The end result was a wiki-like “situational application” that included content from enterprise applications, documents and people. What differentiates a Builder Workspace from consumer Web 2.0 applications is that Builder Workspaces include security, governance, scalability and everything else you would come to expect from an enterprise application.

Very impressive. And, not surprisingly, it’s all coming from the engineers who were once part of Plumtree. 😉

Here are my notes from this session, which, BTW, is the best talk I’ve seen today. (The best yesterday was Eric Whitley’s.)

Microsoft is committed to a January 2007 release of Excel Services for the Web, which has interesting implications for ALUI. Perhaps there’s an opportunity here for building ALUI/MS Excel integration the right way. Finally.

The .NET Application Accelerator is coming in a matter of weeks. It will expose any .NET application as a WSRP service that can be consumed by ALI or WLP. 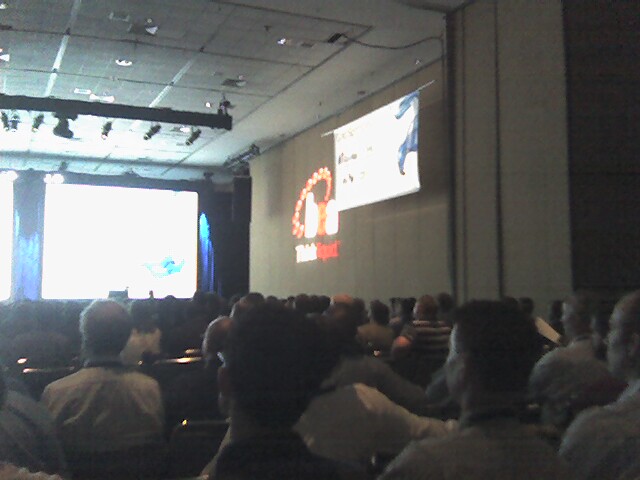 Alfred Chuang (the “A” in BEA) said that 20% of BEA’s business comes from AquaLogic. He parlayed this into a nice talk about the realization of SOA. They demo’d Hiper and some other stuff that showed SOA in action using ALI and ALIP/ALBPM along with some very slick Excel integration. This really clarified how important AquaLogic is to BEA’s overall strategy. 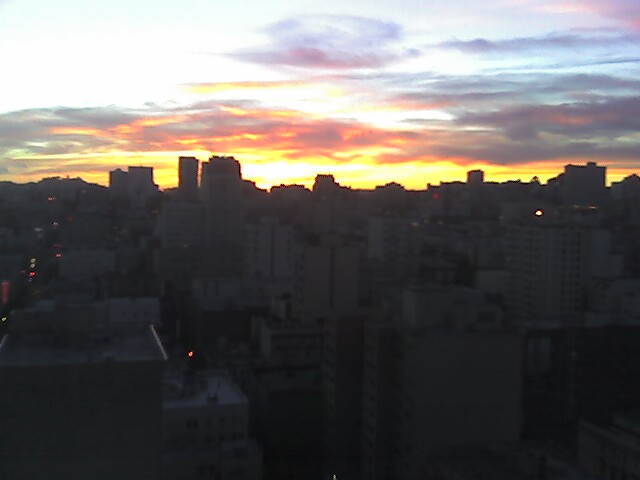 Now the team is off to have a fabulous dinner at Bix. 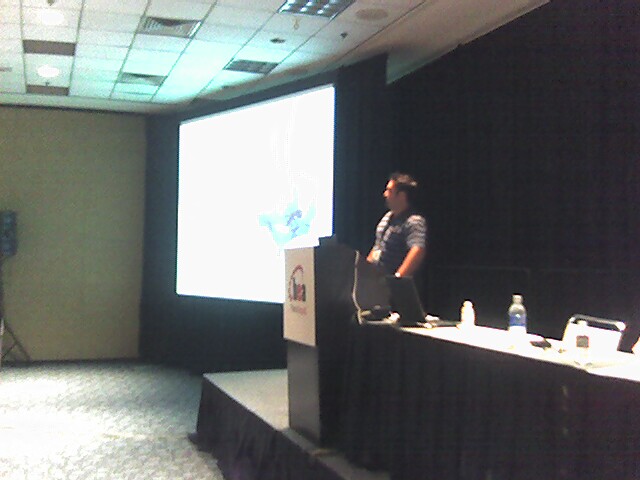 Well, 20 actually. I just gave my talk on taglibs to a nice crowd of about 100 people. It was very well received! 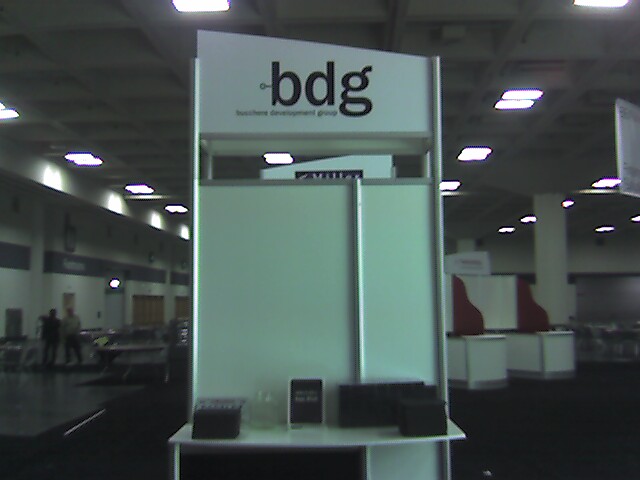 I got up early this AM and set up our booth. Here is the finished product. 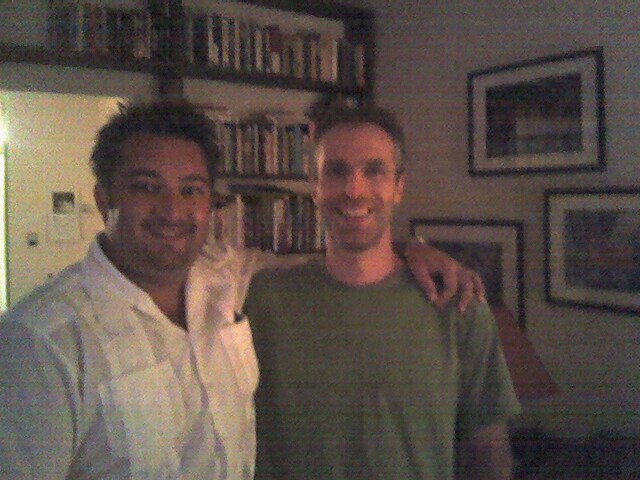 I had dinner with BEA Engineering Manager and long time friend, Kurt Frieden.