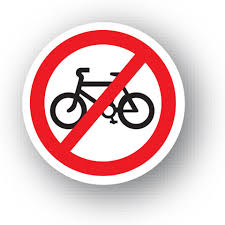 March 29th, 2012, 8:20am, Castro Street
When he regained consciousness, Chris found himself bloodied and bruised, being loaded into an ambulance. He had no idea that his life had permanently changed. Because, a few days later, an elderly man he had hit with his bicycle would die of injuries sustained in the accident. News would go viral internationally, including articles in the New York Times and Forbes magazine. The District Attorney of San Francisco would see Chris’s case as an opportunity to send a message to the city’s cyclists.

But this isn’t a story about cycling. It’s about criminal justice. It’s about prosecutors manipulating the press in order to deprive defendants of due process, where facts get misconstrued and inaccurate details leaked. It’s about social media whipping public opinion to a frenzy, giving DAs fodder for political gain. It’s about what really happens behind the headlines: who wins, who loses, who plays fair—and who doesn’t.

Bikelash is a ten-week podcast series chronicling Chris’s role in a fatal bicycle-pedestrian accident. These 107,000 words are based on court transcripts, emails exchanged with his attorney, and Chris’s in-the-moment journaling from immediately after the accident until he pleaded guilty to felony vehicular manslaughter eighteen months later.

Subscribe to Bikelash on Android, iTunes, Stitcher, or where-ever you get your podcasts.

Continue reading PART I: The Accident.